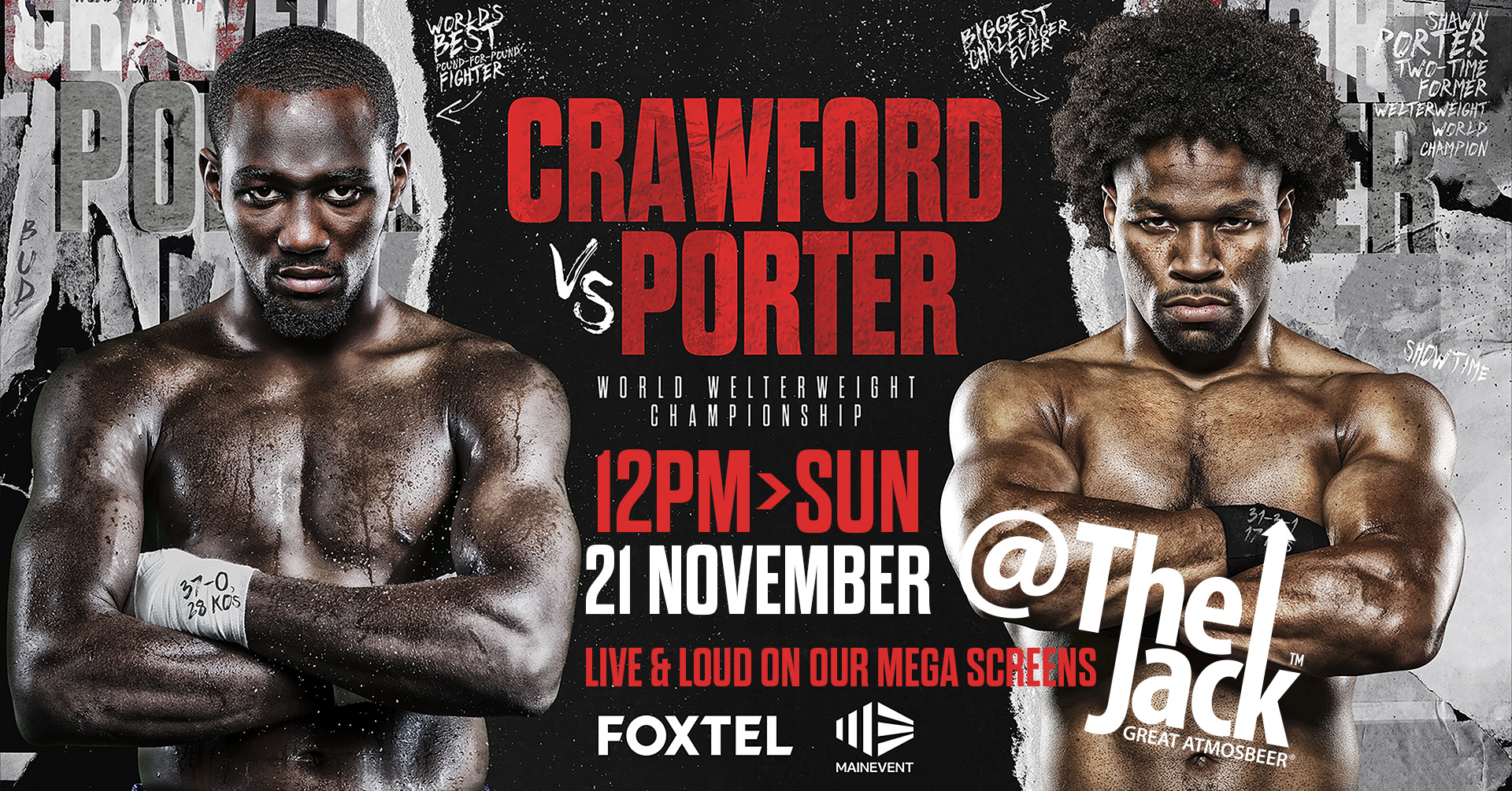 12PM > SUNDAY > 21ST NOVEMBER
Terence Crawford has been an unstoppable force in his career across two weight divisions. After unifying the junior welterweight he moved up to welterweight and beat Jeff Horn for the WBO Welterweight Title in 2018. Now he defends his title against former World Champion Shawn Porter who will be wanting to regain a World Title and give Crawford his first loss of his career. #boxing #wbo #wbowelterweeighttitle #crawfordvsporter