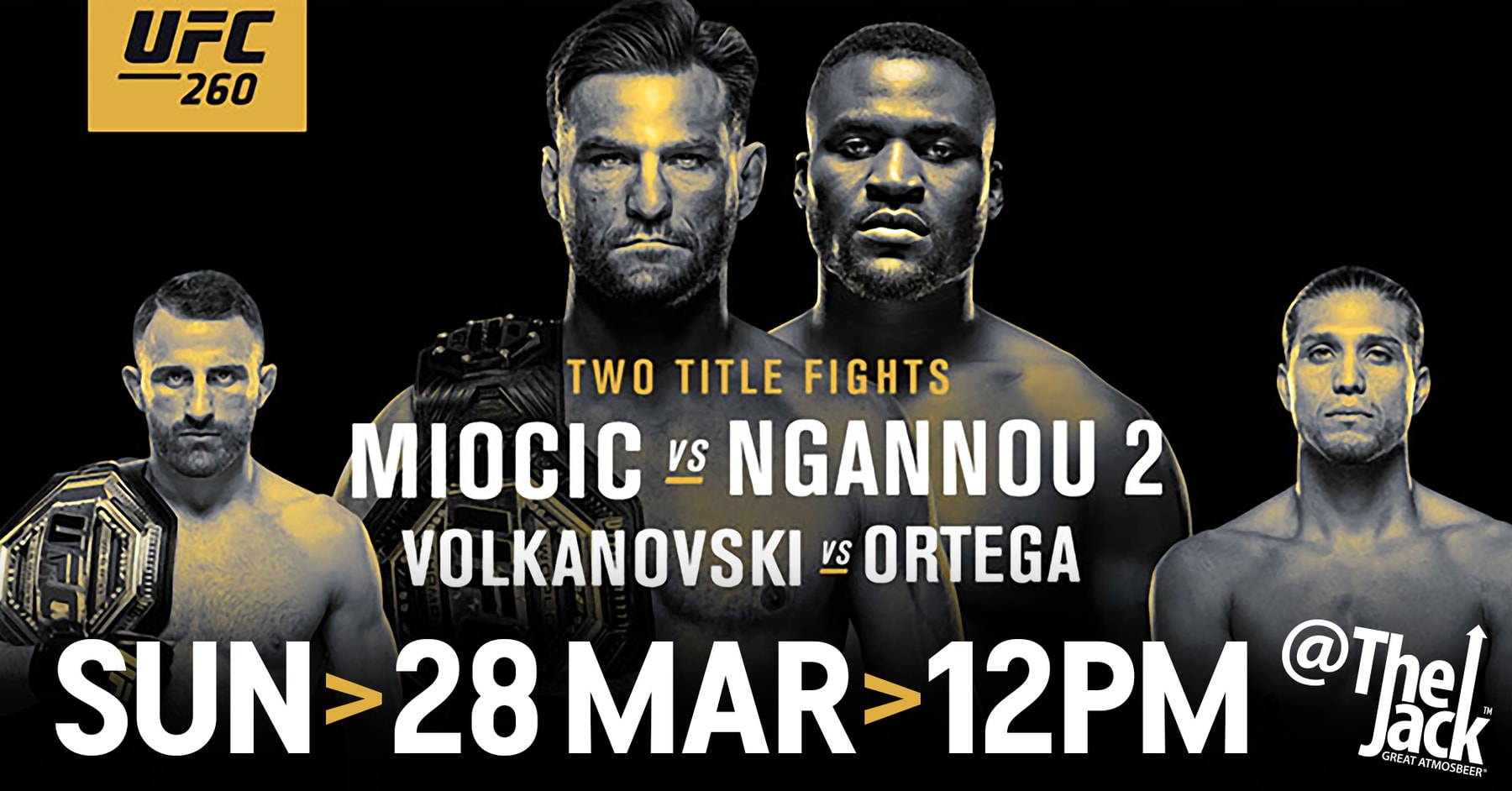 The Heavyweights are back in the spotlight as the greatest Heavyweight Champion Stipe Miocic looks to defend his title for a record sixth time against KO machine Francis Ngannou in a rematch the fight world has been waiting for. In the co-main event Australia’s Alex Volkanovski defends his Featherweight title against #2 ranked Brian Ortega.